I haven’t planned this blog – Just decided to write a speel on my good mate Marvin from down in the Ville (Townsville) cos I know he’s obsessed with Kite Racing.  Anyway, I was scanning  the facebook profiles as you do and I saw a photo of this dude on fire. I reckon its the best race photo I’ve ever seen.  The  guy is rippin! 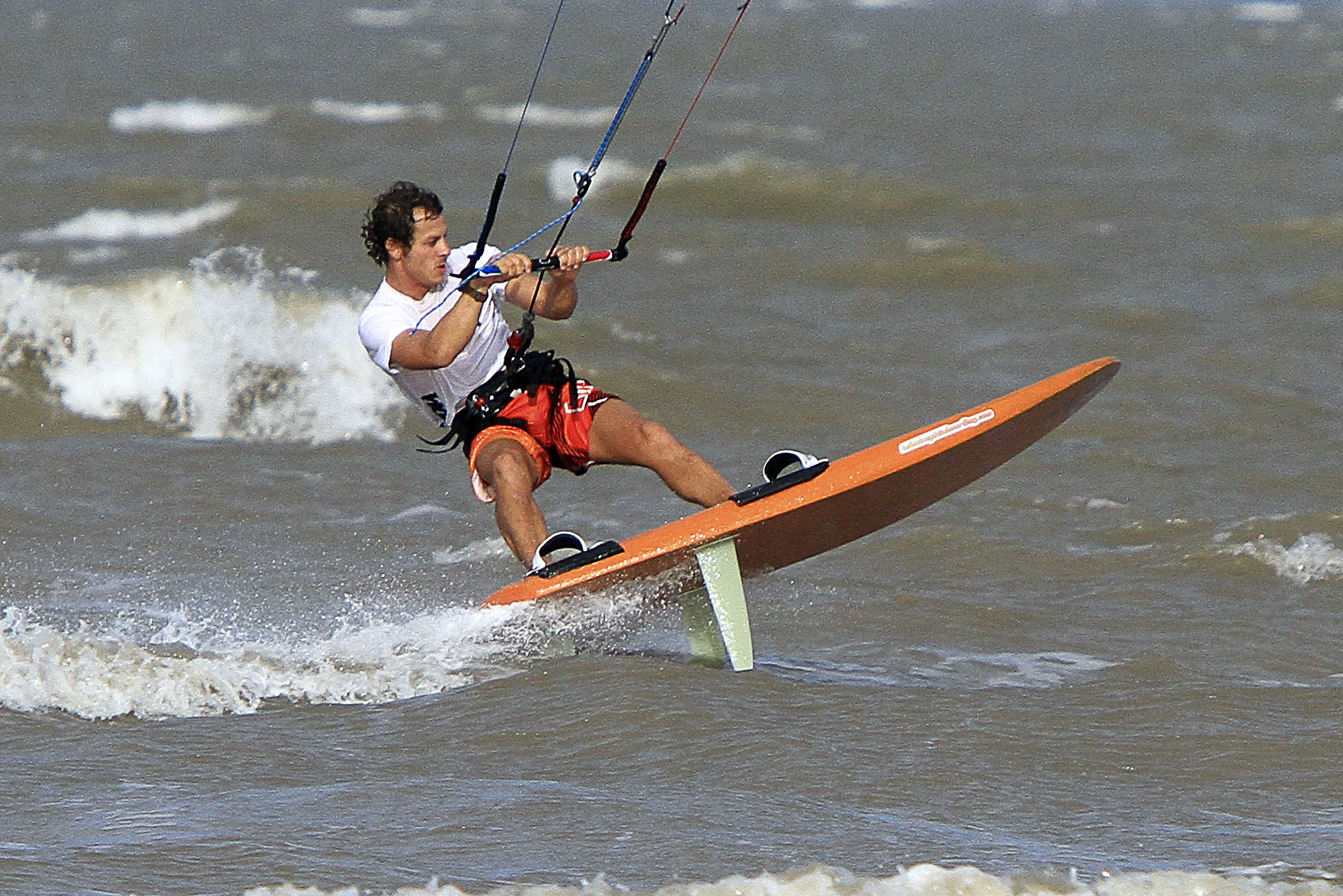 First of all,  I want to personally thank Marvin for recently coming up to Cairns with Rach and the IntheLoop team and running an awesome kite racing  clinic.  Marv brought former freestyle World Champ Andy Yates with him to run the freestyle clinic, so a great big thank you goes out to Andy for his time and devotion he gave to the Freestyle Clinic.  Andy is an awesome coach, amazing rider and an all round top guy!

Marvin has been into racing now for the last two years, and it wasn’t until he came up to Cairns and actually showed us what can be done with racing that I really started to understand it.  Ripping up wind, downwind, here, there and every where is where its at on this race equipment.  Marv is clocking speeds of over 75 km an hour on a race board!  Sick!! 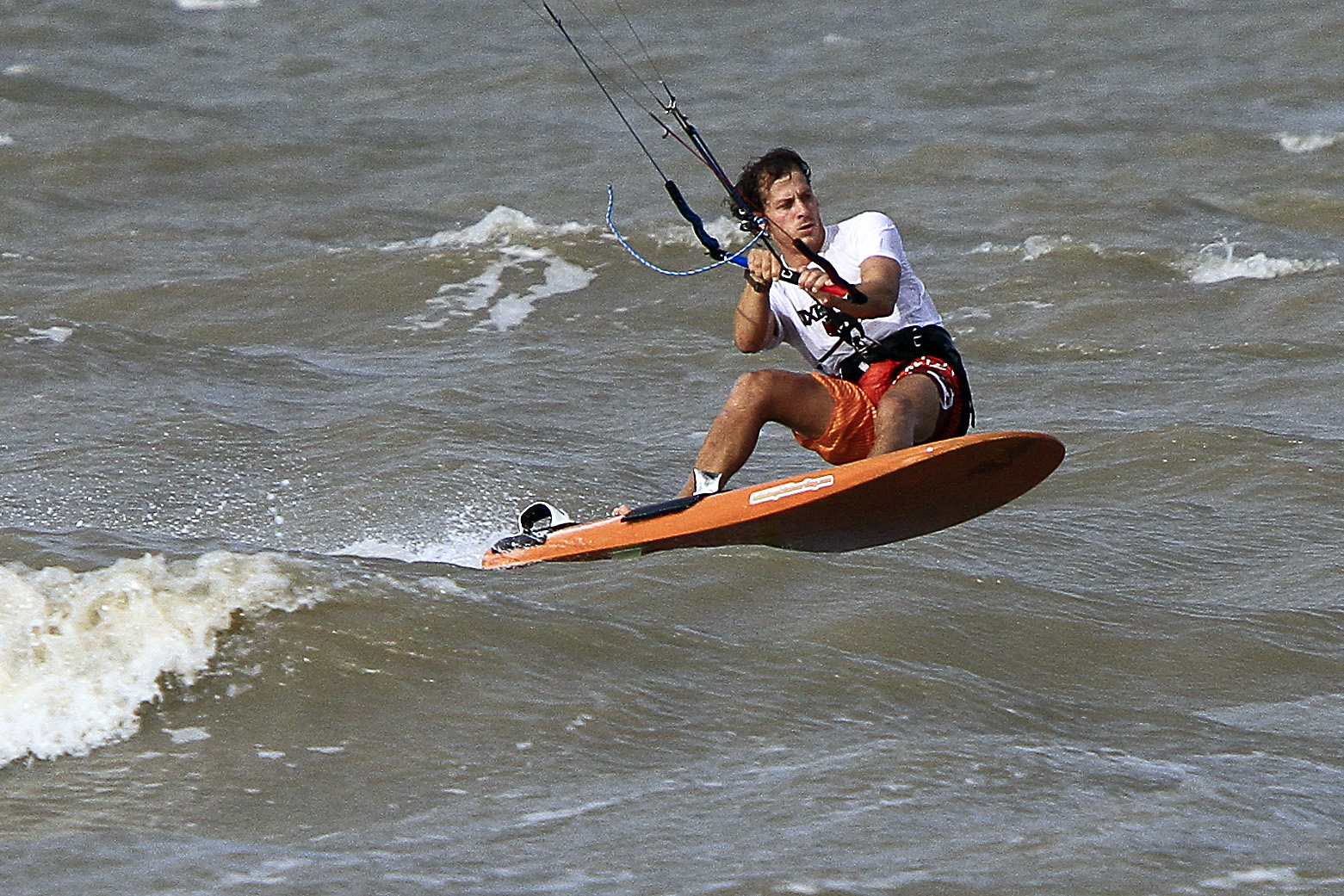 Marvin – “The speed and the hectic racing around the course on kites. Kiteboard racing is so much fun and the speed we get upwind on a reach and off the breeze is amazing. You can do double the wind speeds in light winds and you can race in 6 knots. I also like playing around with different set ups and test lots of stuff.”

Andrew – ” 6 Knots.  That’s unreal.  Yeah I’ve seen you ripping out there in next to nothing while the rest of the twin tip crew are sitting on the beach doing zilch.  I noticed you love faffin round with the set ups.  We spent a fair bit of time at the clinic going over that stuff.  What I realised is that is a heck of a lot more to the tuning side of things than  meets the eye.”

How you got into it?

Marvin – “I saw it in Germany and then tried a raceboard through my friend Eneour who was already racing. Then I competed at 2011 nationals and got 2nd place behind Johnno Keys from WA.”

Andrew  – “Dude that’s awesome.  You must have been one of the first to kick it off in Aussie.  Unreal how you came second for the whole nation.”

Are you addicted to it?

Marvin – “Yeah I’d say so but I still love freestyle, wakestyle and big boosting but racing has become priority in my kiting right now.

Andrew  – ” Awesome!  I see you mix it up a bit sometimes.  Like in doing massive boosts with the raceboard. LOL.”

Where is it heading?

Marvin – “Around the world and to the Olympics sooner or later. There is no doubt about it as we are the fastest sailing class out there.  We are already seeing some awesome events taking place in the racing circuit such as the Rottnest to Leighton Red Bull Race“.

Andrew – ” Yeah, hopefully  it will make the Olympics next time round!  Yeah apparently the Rottnest to Leighton Red Bull Race is the longest race in Australia, quite an event.”

How do I get into it?

Marvin – “Get some good gear and advice from somebody that is an expert. Then start slow and build up your speed in time. Be careful those fins are pretty sharp and dangerous.”

Andrew – “Yeah I’ve just started training on the NJS, promoing it to the locals.  Its a bit different to what i thought.  but once your up and riding it feels awesome.

Marvin – “Hitting a turtle and totalling my board and fins”

Andrew – “Nice feeling for sure!”

Marvin is an inspiration and a driver of his own passion when it comes to kiteboarding. Now that Marvin is into racing, I can see he is really going  to push this sport to go places!

Thanks for the awesome guidance and training at the last clinic Marvin.  These are exactly the sorts of days we need to get this sport exposed and on the map.
Andrew- KBC

Check out my other blog articles

Kiting is simple, racing is simply- being faster than others is hard work.
Need your website noticed?  CLICK HERE to get the ball rolling Our Web Presence.
This entry was posted in Kite Racing. Bookmark the permalink. ← Ozone Zephyr 2013 Review Sail Townsville NOR →