Day 5 Kitefoil Gold Cup Australia
Another beautiful day in Townsville was awaiting the riders as they rocked up at the skippers meeting at 11am. It was a bit hotter than the last few days, at 30 degrees.

At that time here was no wind at all and the ocean was glassy making the riders worried whether or not the wind will come. Local organizer Marvin assured everybody that the seabreeze would kick in at 12pm sharp, which it did.

Competitors were out on kites between 7m and 15m all day, making the right kite choice an essential part of the day.

Benny Boellie chose his 7m Elf Kite after the break and found himself a bit underpowered at the lower part of the course where the pressure was a bit less.

Racing was tight and fierce with Johnny and Maxime scoring one bullet each and Nico finishing with three bullets.

There were a lot of exciting things happening on the course with big blow-outs and crashes even by the top racers due to being overpowered on their kites.

Maxime and Nicholas Leeson were involved in a bad tangle at the start when Rich Gardeners kite got tangled with both kites taking Nic out of the race and getting redress at the protest hearing.
This is the final stop of the World Tour and on that score sheet, Johnny Heineken is leading over the three regattas this year in Mexico, Switzerland and Townsville. He needs to maintain his points lead in this regatta over Maxime Nocher to win the 2014 World Gold Cup.
However, leading up into the last day of racing, making history is still possible for Nico Parlier, Johnny Heineken and Maxime Norcher to become the 1st ever hydrofoil Cup winner. 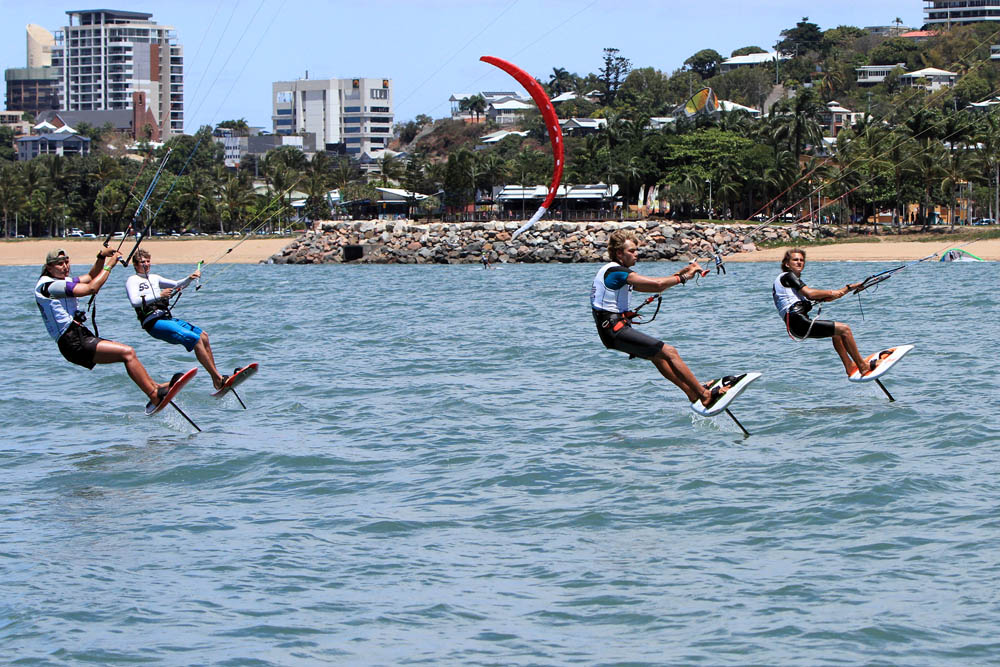 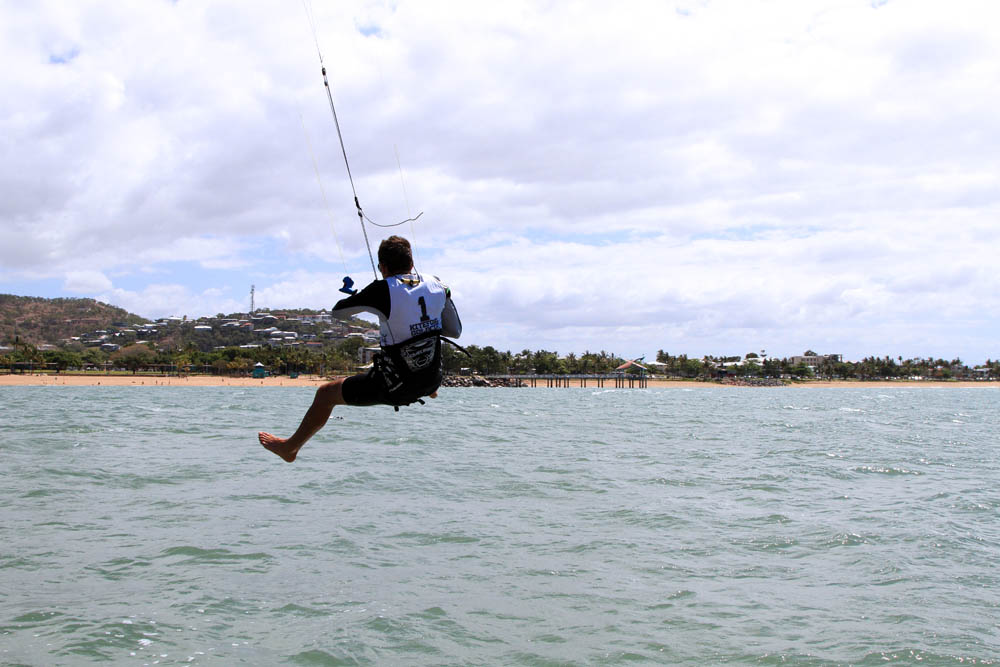 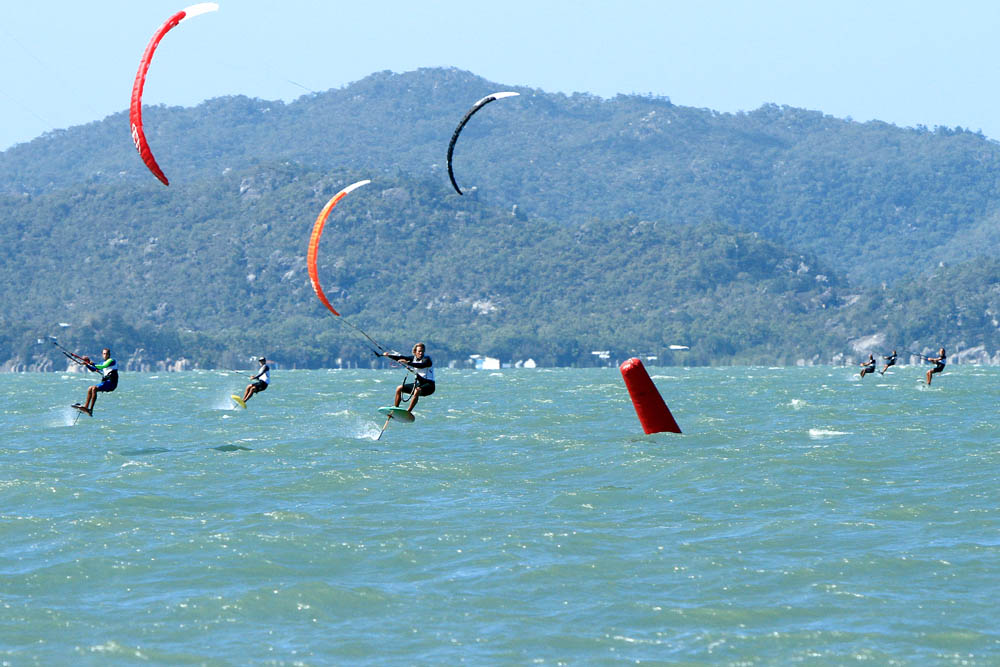